After tried the Ayam Penyet at Warung Bandung and Warung Padang Jawa, this is another Ayam Penyet in my tasting list! Restoran Sri Rezeki is famous for their Mee Rojak and Soto, I tried the Mee Rojak Ayam before and found the peanut sauce is very aromatic. However I am still prefer the Indian/Mamak's version -- the Rojak Pasembur and the Mee Rojak Pasembur. Most of the Mee Rojak in KK have very few beancurd, there is no prawn fritters, no coconut cake and always come with chicken or beef, unlike the Penang version of Mee Rojak.

For the Ayam Penyet, I think the chillies was not bad.

View Metro Town in a larger map
Posted by Frankie H at 23:40 No comments:

Recently everyone is craving for Ayam Penyet in Kota Kinabalu, I only started to know about this Indonesian chicken rice since last year and still more to discover. Some of the restaurants already existed for quite some years but never detected in my food-searching radar. Maybe I am staying in my comfort zone and didn't explore much, which is a big NO-NO as a foodie blogger! I promise I will cover more variety of food and introduce to you guys -- my valued readers!

My first encounter of Ayam Penyet if not already consumed without my knowledge earlier, was Warung Bandung at Lintas Jaya. After I tried I immediately fall in love in this Indonesian chicken rice and started my foodiot's journey to look for the best Ayam Penyet in town. I tried one at Cyber Square and another one at Kepayan area-- not really satisfy with what I've got. Then until my friend Abby recommended me this restaurant at Alamesra, just opposite of 1Borneo Hypermall.


FOODIOT'S POINT: 80% (Very delicious chicken; beware of the chillies, very spicy; cleanliness of the restaurant should be improved)

Stopped by at this restaurant & village-style accommodation to have a lunch. The restaurant is built partly on the beach, so a beautiful seaview is guaranteed. Unfortunately all rooms in the chalet which is just 50m away from the restaurant, is fully booked by a company until end of the year, so only food is available at the moment! Sea view is free though :D


FACT:
Pitas is a small town located at northern Sabah. If you look at the map of Sabah, there are two "ears" on the tip of Borneo Island; the left "ear" is Kudat, while the right "ear" is Pitas.

HOW TO GET THERE:
Drive from Kota Kinabalu to Pitas would take approximately 3-4 hours, via KK-Kota Marudu road, then follow Kota Marudu - Pitas Road to reach this quiet town.

BUSINESS HOUR: 7AM - 8PM (The restaurant is free & easy, there is no fix business hour!)

LOCATION:
Tokong Soko is approximately 15min drive from Kota Marudu. Located around the first sign of seaside after Kota Marudu - Ranau Road roundabout, and 5min drive before the Dataran Bengkoka of Pitas.

The first Mille Crepe cafe in Kota Kinabalu now opened their branch at Metro Town! Had my after-meal dessert at the new Cafe De Vie one weekend, I found that the Mille Crepe is still as good as my last visit to their HQ at Lintas Plaza few months ago. That's a good sign!

Want to read more about my review on Cafe De Vie? Click HERE for my older post.

View Metro Town in a larger map
Posted by Frankie H at 20:58 No comments:

Founded in year 1987, Nishiki is one of the oldest Japanese Restaurant in Sabah. Taking in advantages of having the freshest seafood in town, Nishiki managed to serve one of the best sashimi and others authentic Japanese cookings here at KK. Located just a short walk from the Sabah Tourist Centre (Sabah Tourism Board) at Gaya Street.

Cannot remember the exact figure I paid on that evening but for the sashimi (6pcs), teriyaki chicken, pan fried fish, garlic rice and 2 cups of ocha, the total bill was more than RM110.

Watch out, cafe owners! McDonald's is already targeting your business! Their coffee are cheap, cheaper than Starbucks by 1Ringgit at least, and the quality isn't bad! We visited the newly renovated McD at Api-Api Centre here, just next to Central Point KK Shopping Centre and Promenade Hotel of Kota Kinabalu, to try their coffee and cakes:


In conclusion, there aren't much difference between coffee made by McCafe and Starbucks. Pricing at McCafe are slightly cheaper overall. However this doesn't mean I will stop visiting Starbucks because Starbucks' environment is much comfy and quiet. Personally I am still preferring boutique cafe or coffee specialty cafe due to the quality and personalized experience that cannot be copied by most international chain cafes. 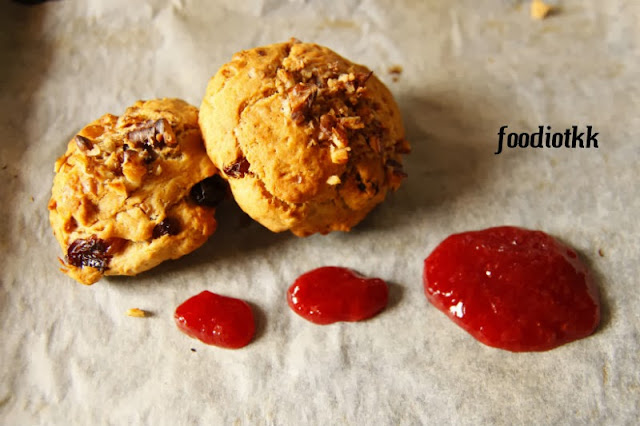 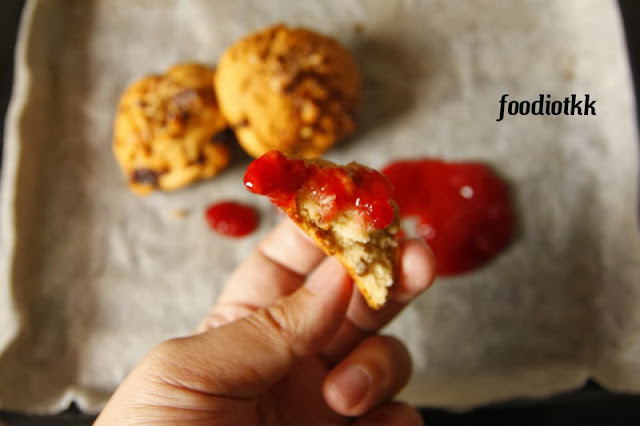 Scones made by BigFish
Strawberry Jam from Nicole's Kitchen
Posted by Frankie H at 22:06 No comments:

M&E Teppanyaki is the latest addition F&B outlet to the Pavilion Bundusan, just officially launched on the last day of year 2013! Restaurant's owner Mike Tan is a college graduate from Melbourne, where he spent almost 6 years there. I bet he love the city so much that he decorated the M&E Teppanyaki with some street names in Melbourne and painted the wall with Aussie-influenced graffiti! Let's have a look:


Unlike some Teppanyaki restaurants in KL, M&E only have one hot plate in the restaurant but don't worry, I am pretty sure the teppanyaki chef here can handle the stress when they receive large orders! The food here is pretty good so I believe other foodiots like you would like it too!


It would be an added point if M&E Teppanyaki can include bean sprout (taugeh) on the plate!