I've been trying my every effort to speed up the update of this newly created {foodiotkk}, while keeping my pace at my chinese food blog 美食、生活、番茄树 （The Life & Food of Tomatotree ）
Well, its quite difficult to maintain as I too have my own busy daily schedule at work and life.
So, this is about the famous Tuaran Mee (or Mi Tuaran in Malay). I'm going to split it into 2 blog posts: this one is called the Tuaran Mee Restaurant, and the second one which I will post later: the even more famous Mee Tuaran from Restoran Luk Kyun.
If you are coming from the main road, Tuaran Mee Restaurant is located on your right. This row of shops are fairly new compared to those in town. Another hint is, you will see a Shell Station opposite the restaurant. See the map if not clear. 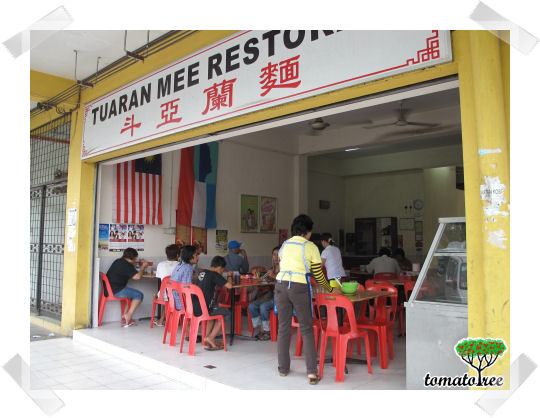 The sign board so big you won't miss it 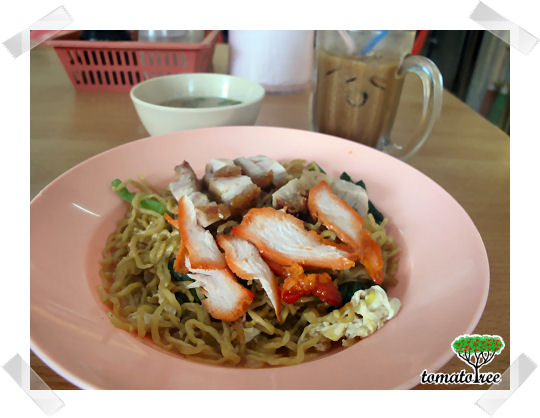 I ordered a plate of fried Tuaran Mee with BBQ Pork.
Tuaran Mee is the signature noodle of this tiny town, just merely 40km north of KK. Normally the noodle was fried in hot wok together with meat and egg, a rather simple cooking. According to a friend of mine, the noodle was named after the town because of a famous noodle factory here freshly produce noodle so springy compared to the ordinary yellow noodle. Eventually Tuaran Mee become a common dishes found around KK or west coast area. 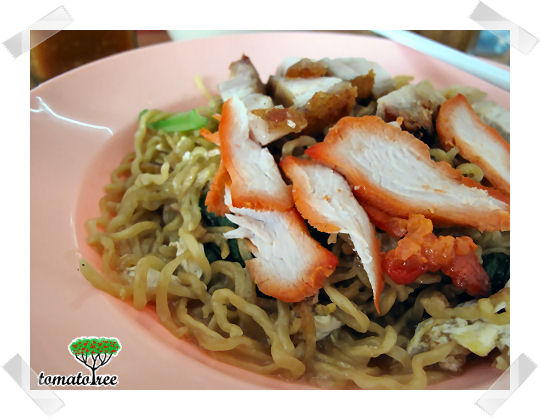